Charles and Emily : sometimes a proposal does not happen exactly as expected 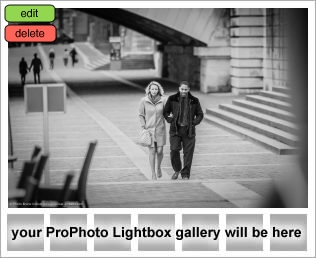 There is a question that everybody ask me all the time : have you ever seen a girlfriend saying “no” the the BIG question? The answer is : NO!

Today , I would like to advise about the best practices I have seen when things don’t happen as expected.

The most common difficulty is to convince your girlfriend to go in a quiet place, that’s obviously not in the main road and not on a tourist walk path. Let me warn you : you have to pretend there is a very serious reason to go where you want to go. Be creative! Find a fake appointment or something that only happens on that place ( music , painter , guide , etc …) and make it interesting from your girlfriend’s point of view.

Another common problem on a late afternoon or evening proposal is that you’ll both dress nicely but this wonderful outfit your girlfriend bought on purpose for that Paris trip is not at all made for walking! Those magnificent high heel shoes are hurting! This sleeveless short dress is damn cold in winter!

When you plan to propose in a quiet place , you often have to walk a bit and that is something you have to anticipate, knowing your girlfriend’s habits.

Last week, I had the pleasure to follow Charles and Emily for a couple of hours.

When I saw Emily’s shoes and short dress, I immediately understood why she refused to go for a horse ride on the “Carousel de la Tour Eiffel” 😉

Then , after walking ten minutes in the cold wind while she felt Charles was behaving strangely gave her some clues about his beautiful project : that was the day for a romantic proposal at sunset in Paris!!!

From my past experiences , I can tell you that anticipating is the key word. Setting up a proposal place means that going to this place has to be acknowledged by your girlfriend at least an hour, a day or a week in advance! Show that you made researches on the Internet , or better , if you have a friend who’s been in Paris before , ask this friend to become your mentor at seeing that place 😉

« Andy proposed to Rachel in front of the Eiffel Tower at Champ de Mars
Dexter and Rachel – An incredible surprise proposal in Paris! »