Dexter and Rachel – An incredible surprise proposal in Paris!

Dexter and Rachel are from Singapore. She’s a flight attendant and she worked on a flight to Paris on the D-day.

The plan made by Dexter was unbelievable : he secretly went to Paris on another flight to surprise her. Of course , one of Rachel was aware of Dexter’s plan and managed to get her to visit Bir-Hakeim Bridge at the expected time.

Dexter was there, with a bunch of pink roses, texting Rachel’s friend with his phone, and waiting for his love under the Parisian sun. After a few moments dozing in the sun, Dexter finally appeared in Rachel’s field of view.

Her surprise was total, she wasn’t expecting Dexter to be there. But the best was to come! As Rachel was recovering from this unexpected encounter , Dexter got down on one knee , and poped up the big question!!!

Rachel and Dexter had thrown off strong feelings all through the Bir-Hakeim Bridge.

Of course, she said yes !

This surprise proposal in Paris was unexpected, extraordinary and incredibly romantic. Everything worked perfectly!

After Dexter’s proposal to Rachel on the Bir-Hakeim Bridge, a great shooting get started as you can see in the gallery below the article. In addition to the romantic atmosphere of the day, some good vibes went through the shooting thanks to Rachel’s friend without whom none of this could have been possible.

Three words to define this day ? Romantic, Friendly and Funny ! This proposal is one of the most romantic of the year ! Everything worked perfectly from the weather to the organisation ! The shooting was great, from the Bir-Hakeim Bridge to the Iena’s Bridge going through the Seine banks down the Eiffel Tower.

There was a beautiful sun and no rain, just tears… Of joy !! Once again, thanks to Dexter and Rachel who had asked for our services.

A proposal is a very unique moment in a couple’s life, we want to make it eternal. Proposal in Paris is for your and our pleasure. 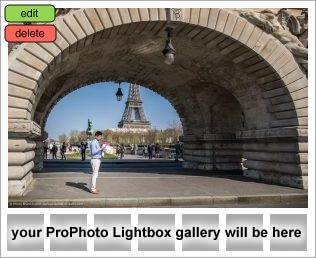 « Charles and Emily : sometimes a proposal does not happen exactly as expected
Wayne and Qiau Wei : a Malaysian team for a proposal! »