It was a Sunday cloudy morning. Juli and Debora had arrived in Paris the day before. Juli had scheduled everything to propose to Debora near the Eiffel Tower.

Our meeting place was crowded , and it was quite easy for me to remain hidden. But the proposal spot was very intimate and to remain hidden , my assistant Chloé was by my side , and as we pretended to take photos of each other , we were actually only photo-shooting Juli and Debora 😉

The magic happened when Juli got down on one knee with her sunglasses on and Debora discovered the words “Will you marry me” written on the glasses … she kneeled down too and they kissed and then the sun appeared through the clouds exactly at that moment! Just magic! 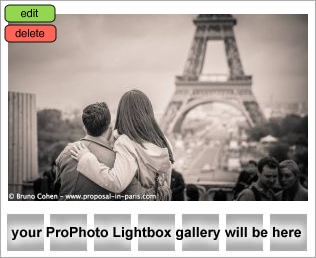