Jason is an early bird ! He had contacted me almost one year in advance. We had several Skype meeting before the D-day, and the location where he would propose was chosen near their hotel, rue de la Sorbonne, in the Latin Quarter district.

He is also an early bird because he convinced his girlfriend to wake up early and enjoy the sunday morning mood in Paris.
So we planned to catch up at the hotel and follow them walking to place Saint Michel, which was not a really good idea , because Paris was very quiet and it was difficult to stay hidden, so we had to stay far, then Jen was really hungry , and they had to stop in a Coffee shop for a while … we almost lost them for a few minutes !!!

The weather was warm and sunny, it seemed that Paris was open just for them …

After a walk towards the Notre-Dame de Paris Church , they stopped by a little Lock Bridge , and crossed the Pont Saint-Louis, which conects Ile de la Cité and Ile Saint Louis. Jason was supposed to propose on the Pont de la Tournelle, but I guess he was so nervous that he changed his plan and proposed on this bridge! Kitty and I had to be quick to photo-shoot the moment, but everything went well …we caught the moment when she said YES!

A proposal in the morning is less common than an evening proposal at sunset in front of the Eiffel Tower. It gives the couple an incredible feeling of liberty and peace, because the places are not crowded at all. Believe me , it is worth waking up early in Paris! 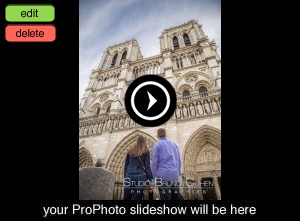