Paris is so romantic in the morning, when you only hear the tweets of the birds!

Matt’s initial plan was to propose on Friday night , on the day of their arrival in Paris, but all major places would have been very busy … Saturday was ten times more quiet.

Searching for a proposal spot with Matt was quite fun. He did not want to have the Eiffel Tower, which he thought was too “cliché” and the most famous proposal spot, the Lock Bridge (= Pont des Arts) had lost all its locks in June. This famous proposal spot was not my favorite as a proposal photographer in Paris, this is why I suggested Matt to meet at Place Notre-Dame de Paris, and then I secretly follow the couple until they reach the Pont de l’Archeveché, which still have locks on it but it is much more intimate.

There it happened! Matt proposed with the Seine river, the locks and the tower of Notre-Dame de Paris as a backdrop!

Then Matt introduced me and my wife Kitty to his grilsfriend Jenny, and we headed towards Pont de la Tournelle and Ile Saint-Louis for some additional photos.

I really want to thank Matt and Jenny for being such a sweet couple who shared their love with enthousiasm in front of our cameras. I also have to thank my wife Kitty , who shot many creative and “behind the scene” photos , and helped me to scare a few tens of pigeons to have them flying in the sky on the last photos! 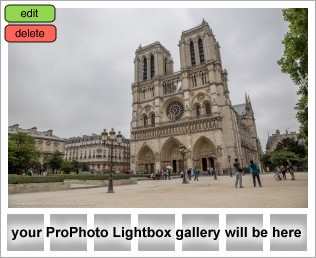