Kane and Kim’s trip in Paris started very badly : their luggage were lost in the airport. They had to buy some new clothes, umbrellas and boots, to bear the cold ( they are from Arizona, USA , and don’t usually wear any winter outfit !).
The weather was awful : it was cold and raining. As I was communicating with Kane by text message, we agreed on postponing the proposal time to the afternoon.
And the miracle happened : The rain stopped !!

After he proposed, Nate introduced me to Kim who was still shocked and I made them laugh together for minutes. Then I picked them to the famous Lock Bridge ( Pont des Arts ) in the center of Paris : Nate surprised Kim another time with an locker engraved with their names and the words “She said Yes”.

I have to tell they recovered their luggage the day after  😉 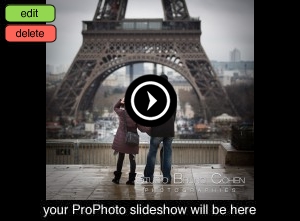