Proposal in Paris by night for A&C from L.A.!

Welcome in Paris, during the winter of 2013, it was cold outside, everybody was freezing except two lovers losing themselves among the crowded streets of the French capital… Ali & Cristina are from Los Angeles and they wanted to come in France at this time of the year, which is obviously romantic… The season does not matter in Paris. When you combine the words “Paris” and “Love” you are able to stop the time, the ticking of the clock stops, the bystanders disappear, the streets are empty, and the only thing you can hear is your heart beats.

An other advantage was given to Ali this day, the back to winter time, the twilight occurs much more sooner, a proposal in Paris by night make things easier than ever. 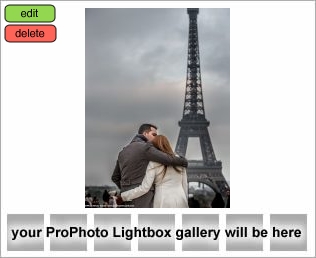 After a long walk-around session in Paris from the Trocadero Park during which our team followed the two love mates, they finally arrived on the Bir-Hakeim Bridge which was weirdly empty from any kind of bystander, that was perfect for us and our couple!

Ali could not wait any longer, he got down on one knee to propose to Cristina, that was so fast that we had to have great reflexes to do not miss this moment! Fortunately, we did not miss the moment when Cristina said yes to Ali before taking him in her arms… A great shot we made there… Afterwards Ali pointed us with his finger, she looked at us hoping that Ali’s proposal wasn’t a prank! Don’t worry Cristina, we are just here to make this moment eternal and to give you an amazing memory of it!!

We took great shots of the couple on the bridge and then, because the weather was cold, we took Cristina and Ali by car right to the Avenue des Champs-Élysées down the Arc de Triomphe where we had a few more great shots.

After the post-production work we made, the choice was “impossible” for them, as they said, they took all the 103 pictures touched up, they were so happy!

Cristina and Ali’s wedding took place during the summer of 2014, which wedding was beautiful!

Thanks once more to them and to their 3 children, we wish them well!