Proposal in Paris by night near Trocadero

Mario had heard of me from Jacques Mateos, another proposal photographer in Paris.

His visit was a one day surprise trip and he had planned to invite her for a dinner at Eiffel Tower restaurant.

We met the couple around 8:30pm when they exit the Eiffel Tower and followed them for a while ( or I should say , they followed me, as the route had been carefully prepared).

Then the magic happened when the Eiffel Tower sparkled …

And we have spend another hour together , going to the carousel for a ride, walking to the Bir-Hakeim bridge for some additional photos. 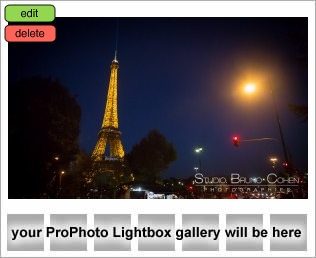