Proposal at the Locks Bridge

The “Pont des Arts” , also known as the “locks bridge”, has become a major attraction in Paris for couples in love. Due to its success , some parts of it have become so heavy they fell apart.

The French authorities decided recently they will not allow any more locks on it , but until that , Matthew and Lauren had the pleasure last Sunday morning to go for a walk on the Bridge and put a lock on it… the surprise came when Matthew showed to Lauren a second lock from his pocket, with a diamond ring attached to it and the words “WILL YOU MARRY ME?” engraved on it !!! 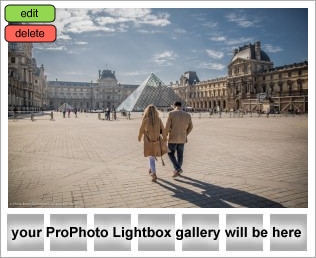 The story was also recorded on video by my son Pierre and his friend Thomas, who did a great job! You can see it here :