Stephen & Cynthia – The lock bridge is still in Paris

The worldwide famous “Lock Bridge” ( called “Pont des Arts” in French) has been a “must-see” for many years, until the French Authorities decide to take out all the locks during Summer 2016, mainly for security reasons. The weight of hundreds of thousands of lock was becoming too much for this pedestrian steel and wood bridge facing the Louvres.

But not far from this proposal spot in Paris , there is another Bridge that still welcome love locks. It’s very quiet , smaller than the famous one, but absolutely perfect for proposing in Paris.

This is where I suggested Stephen to propose when he mentioned he would like to have the Cathédrale Notre-Dame de Paris as a backdrop.

The couple arrived from LA in Paris on a Friday evening , but I suggested to propose on the day after : a Saturday morning was more quiet and romantic ! 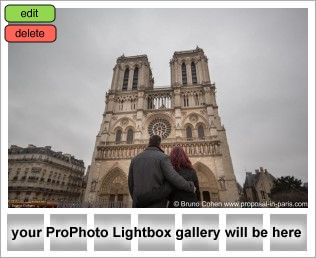