Will I become a proposal photographer in London too?

Since the November 13th attacks in Paris, we had a few cancellations from our US clients.

One of them did not cancel but changed his plans and changed the Paris trip for a London trip.

Fortunately, my wife Kitty has lived in London for 10 years, and we visited the town several times together. That’s why, when my client suggested me to travel to London and photo-shoot the proposal in U.K., I did not hesitate very long !

The preparation time we had spent together on Skype a few months before was still relevant and we just had to practice the way from the Tower Bridge to the proposal best spot.

I recommended to propose near the Town Hall of London, which is usually more quiet than the Thames North bank.

It was a chilly Sunday and we had much more tourists than expected in the Tower Bridge area but we my wife and I were both active to photoshoot every moment from different angles.

So… she said yes!!! Then we’ve walked along the Thames river towards West. After an hour , we took a cab to go quickly to the Big Ben district , and we could take some wonderful shots.

I know the name of my Web site is “proposal in Paris” , but let me tell you something : working in London was great , and not more difficult than Paris. So , if you know someone searching for a good proposal photographer in London , just call me , I will reduce as much as I can my travelling expenses 😉 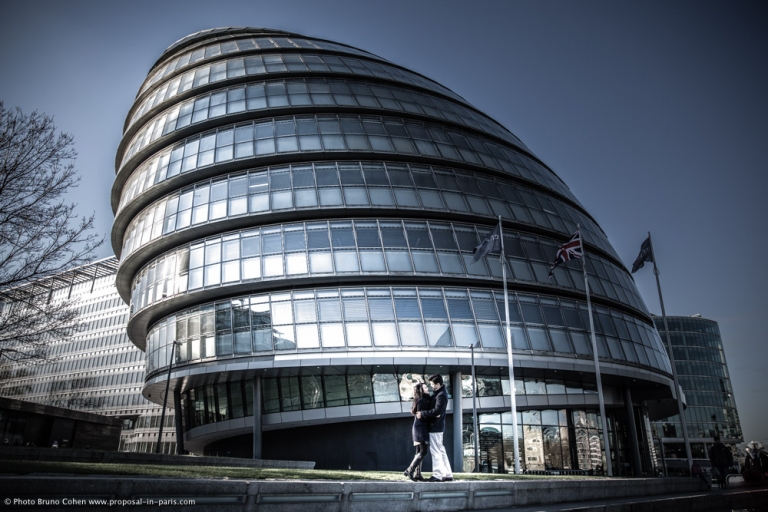 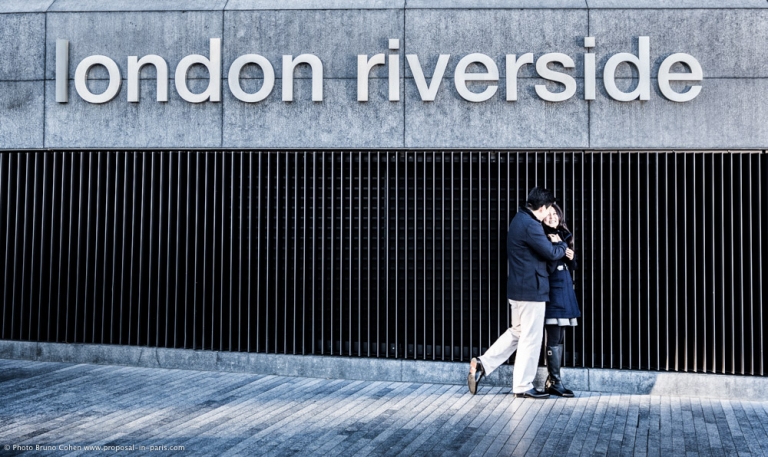 « Is it safe to travel to Paris?
Tyler & Kaylee – Bir-Hakeim bridge between day and night »